“For in Northern Ireland, as throughout the secular west, politics trumps faith.”

“Bowing to the inevitable, and being willing to sacrifice almost anything in the hope of maintaining the union, DUP strategists are enabling some of the most radical legislative changes in the history of Northern Ireland.

They do not need to do so. The DUP’s confidence and supply arrangement with the minority Conservative government provides them with formidable negotiating power. Throughout the Brexit crisis, the DUP made repeated threats to derail key votes when they believed that government policy was threatening the unity of the United Kingdom. But they have made little fuss about this more recent threat to the values that party members once found axiomatic.”

“The party of former fundamentalists will hold its nose during one of the most significant changes in public morality in living memory. ”

“Forced to choose, the DUP will prefer power to piety.”

Came across a few interesting quotes as I prepared to preach on 1 Kings 21 a week after the General Election:

“Americans, if they believe in idolatry at all, believe it is a victimless sin…According to contemporary interpretations of the First Amendment, it makes no social and political difference what people believe. They can worship a thousand gods or none; they can worship Yahweh or Allah or Jesus; and it has absolutely no public consequences…This is what O’Donovan had in mind when he suggests, shockingly to many American Christians, that the First Amendment ‘can usefully be taken as the symbolic end of Christendom,’ since, whatever the intentions of the framers, it ‘ended up promoting a concept of the state’s role from which Christology was excluded, that of a state freed from all responsibility to recognize God’s self-disclosure in history'”.

“Scripture does not treat idolatry as morally or politically indifferent. What and how we worship shapes the kind of persons we become.”

“Ahab’s career follows this trajectory. Ahab is introduced as the most overtly idolatrous king that Israel suffered, but Ahab’s resistance to God does not stay in a safe “religious” arena.”

“There is a close link between the command to have no other gods, and the commands to respect human life and property; love for God and love for neighbour are inseparable. It is because this world and all that it contains belong to God that morality has any basis.”

It’s not every day you read about Covenanters in the New York Times. Or about the fact that they almost convinced Abraham Lincoln to ‘blow an irreparable God-sized hole in the constitution’ by adding language that recognised Jesus’ authority. Joseph S. Moore writes:

“Recalling the meeting in his memoirs, Secretary of the Navy Gideon Welles wrote that the imprudent idea had been put in the president’s head “by certain religionists” – namely, the Covenanters. A tiny sect from Scotland that had resided in America since before the Revolution, they believed the Constitution contained two crippling moral flaws: its protection of slavery, and its failure to acknowledge God’s authority. With the Emancipation Proclamation poised to fix the one sin, they believed, why not correct the other? At their first meeting with Lincoln in late 1862 (it was much easier for citizens to get an audience with the president at the time), a group of influential Covenanters suggested doing just that.”

Read the whole thing – Lincoln, God and the Constitution

Moore, an assistant professor of history at Gardner-Webb University, is the author of the forthcoming book Covenanters and the American Republic. 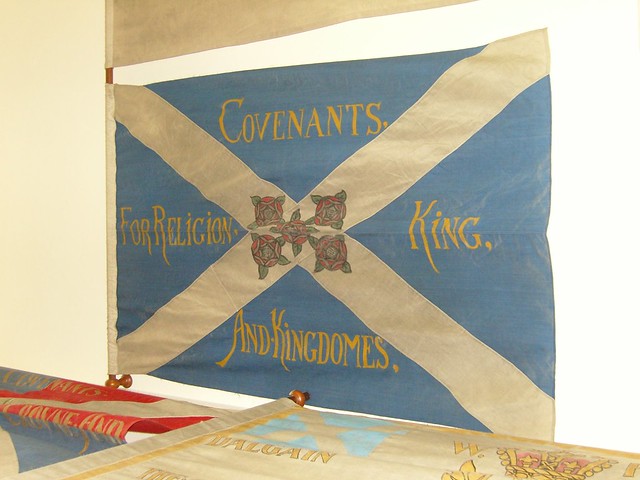 The RPCS this week issued a paper on the subject of Scottish Independence, written by Rev. Kenneth Stewart.

“The Presbytery considers that abstention from voting or else a spoiling of the ballot paper is the procedure most in accord with Biblical principles. It does so because it cannot endorse either the current constitution governing the United Kingdom or the proposed alternative constitution, even in its interim form, which would govern an Independent Scotland.”

Read the position paper in full: The Reformed Presbyterian Church of Scotland and Scottish Independence (doc)

For the broader political and historical context see ‘The Reformed Presbyterian Church of Scotland, British Politics and Scottish Independence’ (doc)

As usual, the RPC takes a distinctive position. See, for example, a more typical pro-Union stance from the Free Church Continuing (pdf). This difference in attitude to the current constitution and Monarch was highlighted recently on the occasion of the Queen’s Jubilee.

The following letter was drawn up at the recent RPCI Synod and sent to Queen Elizabeth II:

“The Synod of the Reformed Presbyterian Church of Ireland that met on the 12th June 2012 congratulates your Majesty on the occasion of your diamond jubilee. We are thankful to God for sparing you to reign for sixty years and for the many blessings He has bestowed upon you and the nation during this period.

However, we are saddened by the United Kingdom’s continued refusal to nationally recognize Jesus as King of kings and Lord of lords. During your reign this has resulted in the growth of religious pluralism, abortion becoming widespread, unjustified divorce rates rising, homosexual unions receiving official sanction and the desecration of the Lord’s Day. We were also disappointed that amidst the jubilee celebrations the sanctity of the Christian Sabbath was ignored.

We urge you to exemplify that faith in Christ and turning from sin which shows itself in submission to the Holy Scriptures which are the Word of God.
We humbly pledge to continue to fulfill the direction of the Word of God to pray for those who rule over us. We pray that you will be upheld in the responsibilities of your office and that our nation would once again pledge itself to serving the only true God. We wish to assure you of our continued good wishes. A bit of a contrast to the recent statement from the Moderator of the Free Church of Scotland, Rev. Dr Iain D. Campbell:

“…We have been greatly encouraged not only by Her Majesty’s leadership and example, but also by every public expression of Her Majesty’s Christian commitment, not least in the 2011 Christmas broadcast.”